We have been celebrating the life of St Hilda this week and it seemed appropriate to me to begin my Chapel addresses about St Hilda with the question: “Why did the founders of our school chose her as our patron saint?” When I asked this rhetorical question at the Preps to Year 2 service, hands shot up everywhere. Obviously, Mrs McIlwraith, their RE teacher, had done an excellent job in telling these students all about St Hilda! 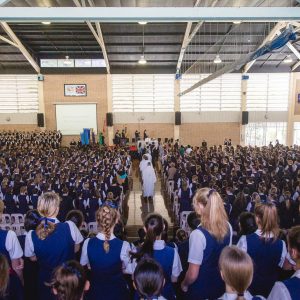 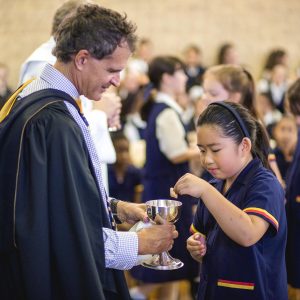 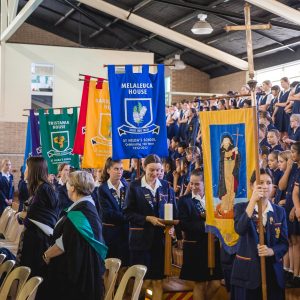 St Hilda lived at an interesting time in the northern part of England some thirteen hundred years ago, interesting because it was at a time of great change in Britain. The Romans had left and the Anglo-Saxons had arrived. The country had been divided into various small kingdoms with their own royal houses. Christianity had been part of the scene under the Romans, but the Anglo-Saxons were moving from paganism to Christianity. There had been established in Canterbury a mission under Augustine to convert all the country to Christianity, but this conversion was to the traditions and practices of the Church of Rome.

Those who were already Christian in Britain followed the traditions and practices of the Celtic Church. There was a division in the Christian witness not just on racial grounds, but also geographical: Celt versus Anglo-Saxon, north versus south. It is into this mix that St Hilda is born. We do not know much of her early life but by 657 AD she was the founding abbess of a new monastery at Whitby where in 664 AD the synod that brought the two sides together met.

The significance of the Synod of Whitby was that it unified the Christian church in England. The Christian leaders realised that divisions in the Church would hinder the spread of Christianity. St Hilda’s importance was her ability to create a center of learning where such an important meeting could take place. An early Church historian described how St Hilda ‘taught the observance of righteousness, mercy, purity, and other virtues, but especially in peace and charity.’ Her abbey became a renowned center of learning to which Anglo-Saxon leaders turned for advice and counsel. Thus, it is really no wonder that St Hilda was chosen as our patron saint!