It has been a very busy start to 2019 with numerous sporting events taking place in the Junior School and much success achieved at Andrews Cup events.

The Inter-House Swimming Carnival was held on Friday 15 February. All girls performed well and with great House spirit on what was a very enjoyable day.

Age champions and runners up were:

We last won this event in 2013 and since then we have placed 2nd and 3rd on numerous occasions. This was our year though, as the 51 girls who made up our team achieved outstanding results. The highlight of the day was our ‘Springfield Cup’ Open 4 x 50m Freestyle Relay win. The relay team, Sara McCarthy, Eva Brinsmead, Sienna Lea’aetoa and Georgia Lea’aetoa all swam brilliantly to convincingly defeat the other schools. This was our first victory in this event since 2009.

All girls put in such great effort on the day and are to be congratulated for all their hard work at training and their support of each other. They should be very proud of their performance.

A big thank you must go to Ken Malcolm and our swimming coaches who have put in an enormous amount of time and effort with the girls at training to prepare them for the event.

We had great success at the Inter-School Tennis Challenge where more than 100 schools and 200 players competed in the round-robin doubles event.

The whole school Inter House Cross Country was held on Friday, 15 March. Girls competed in very tough, hot conditions but as always, they did so with great school and House spirit.

Age group champions and runners up were:

After a very successful year of Andrews Cup Tennis in 2018, the girls were faced with the challenge of maintaining their good form in 2019. They didn’t disappoint!

They girls played great tennis and followed on from the success they achieved at the Inter-School Challenge earlier in the term.

Thanks to the coaches and St Hilda’s staff member Nicola Jones, for their support and guidance of all girls.

They had a very early start to the day at 5:15am, but they all did an outstanding job as reflected in their great results.

The A and B teams performed particularly well, with the B team only losing their final game of the day to eventual winners, Fairholme. The A team played in the final against Glennie for the third year in a row, only to narrowly be defeated.

Again, a big thank you to all the coaches who prepared the girls for this event with two training sessions per week and Saturday Touch games.

Congratulations to the girls who attended District Trials for Netball and Basketball this term and well done especially to Mariah Al-Nabhan-Sua who was selected in the District 12 Years and under Netball team. 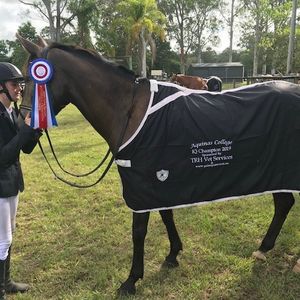 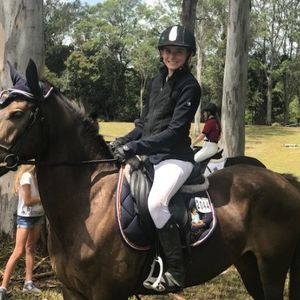 We have had 4 rounds of Saturday Club Touch so far this term with one round unfortunately washed out. The girls are training well, in particular our youngest team, the Butterflies, who are improving rapidly and will look to move up a division in the coming weeks.

Saturday Club Netball has also started well this year with St Hilda’s again entering a large number of teams. Good luck for the rest of the season girls!