The last month has been full of events for our Music Department who will farewell 2020 with many achievements and celebrations of all things musical.

At Junior School Years 3-6 Assembly on Monday 9 November, we were very impressed by some outstanding music performances and presented awards to our Junior School musicians who have worked hard throughout the year as members of choirs and instrumental ensembles.

The assembly opened with solo performances by six Year 6 musicians performing in competition on their instruments as part of the annual Year 6 Instrumental Idol competition. We also heard from our Year 6 Percussion Ensemble who performed their rendition of Galactic Episode.  All performers were outstanding this year and the place-getters were:

The Year 5s followed with their first public performances on the instrument they began to play as part of the instrumental music program during lockdown. They performed the Concert Band piece Dragon Dance and were conducted by Mr Antony Zambolt.

The Junior Music Captains also presented a great summary of their year in music during 2020. Congratulations to Xanthe Clifford, Saho Hiroe, Portia van Twest and Sage Wagner on their contribution as Junior School Music Captains this year.

Congratulations must go to the trophy winners for ensembles also presented at this assembly. Their leadership and achievements this year as part of their choirs, bands and strings groups have been greatly appreciated.

The Co-Curricular Music Awards were held Friday 16 October, at which all of our Middle and Senior School musicians performed (live or virtually) and were congratulated on their efforts during 2020. A great night was had by all in the Jennifer Reeves Cafeteria and thanks must go to girls and staff for making the night a fantastic celebration of all things music. 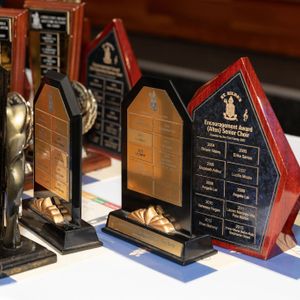 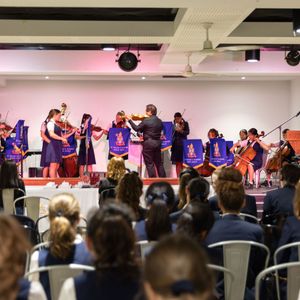 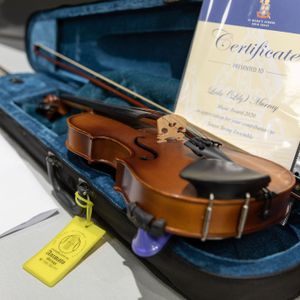 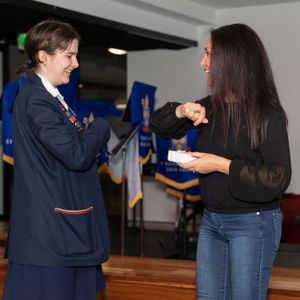 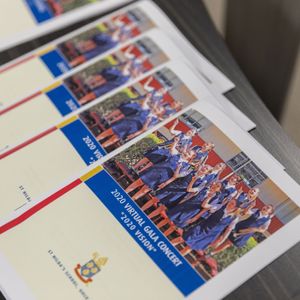 The 2020 Middle Senior Awards list is included below, as is the Music Year in Review presentation prepared by the Senior Music Captains – Alana Li, Charlotte McClintock and Airlie Robinson.

Congratulations to the St Hilda’s musicians who represented the School in both the Australian and State Honours Ensemble Program, run through Queensland Conservatorium’s Open Conservatorium in Brisbane. The girls participated in workshops and a final concert alongside many other musicians showcasing the breadth and depth of artistic talent being nurtured by teachers, parents and schools throughout Queensland.

Special congratulations must go to Isabella Nott in Year 11 who auditioned and was successful in being placed in the Australian Honours Choir for the program. What outstanding work from one of our young musicians.

Congratulations to the following participants:

Our music ensembles have been busy this term contributing to School events in both live and virtual formats. 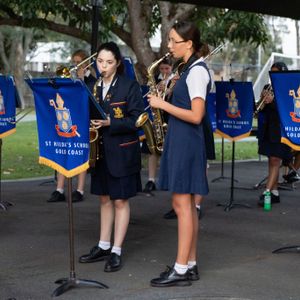 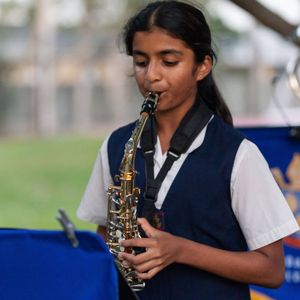 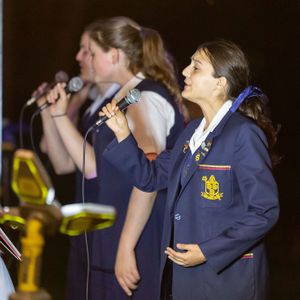 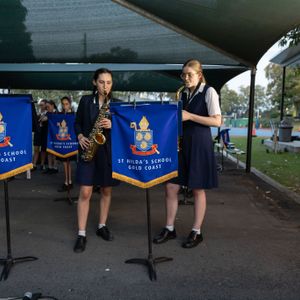 The last weeks will see:

Results from AMEB and Trinity College Music Examinations have arrived in recent weeks and congratulations are extended to the following musicians on their hard work to enable the achievement of such pleasing results: