The Inter-House Athletics Carnival was held in Week 3 of this term and it was awesome to see so much house and school spirit around the track throughout the whole day! The day consisted of girls cheering on other girls, having a go at different events and so much participation from each year level. The day started off with the 1500m runners, one of the hardest events of the day, the enthusiasm by the girls and the supporters was an amazing way to start off the Carnival! There were many records broken and one of the greatest to watch was Dior Scholz smashing the high jump record, twice! Her determination, paired with mass cheers of support, created a phenomenal atmosphere.

Another highlight of the day was the students smashing the staff in the relay. This year I decided to make a fun circuit instead of the standard running relay.  First up Mr McGarrity and Mia Abela (Karragaroo Sports Captain), had to put on cap and goggles, then Mr Young and Petra Dalle Cort (Banksia Sport Captain) had to skip the 100m, followed by Mrs Tilby and Ms Hall against Head Day girl Jemima Robertson and Head Boarder Clementine Sweetland in a three-legged race, and finally I.T guy, Pierre Van Zyl against myself (Rylee Boyd) in mini hurdles. It was so much fun to watch and exciting to see Pierre leap over the final hurdle in the race.

After the student teacher relay, our Boarders and Daygirls went head-to-head in the final Boarder vs Daygirl race of the year. The entire time, it was neck and neck before the Boarders got a bit of a lead after the three-legged race, however, in the final leg with Jemima and Clementine running backwards in flippers, Jemima was able to just get in front of our Head Boarder and secure the win for the Daygirls!!

Overall, it was an incredible day to be a part of, filled with both school and house spirit.  Congratulations to Karragaroo on their win! 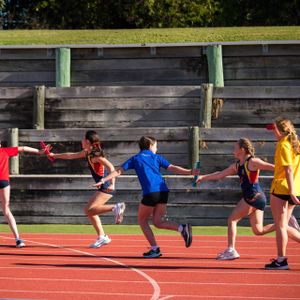 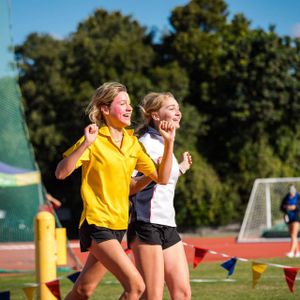 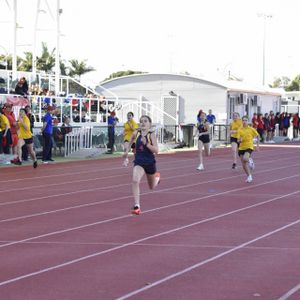 The following records were broken at our carnival:

The following students were Age Champions or runners up:

From all the smiles and excitement of the day, Saturday went very well with the 9Bs competing in a fast five game and winning 41-14! The Senior Bs finished with a loss, but not without their hardworking attackers getting in 15 goals. Senior A had a close game 22-15, and although losing, the score was kept down thanks to some amazing defense. 7B smashed it with a score of 40-4. Finally, we had our 7Cs competing with BGGS at UQ coming away with a close win of 10-8 and we are very thankful for the wonderful Sophee, Mia and Scarlett for stepping in and playing in the team. All in all, the girls had a great weekend giving Clayfield a run for their money. 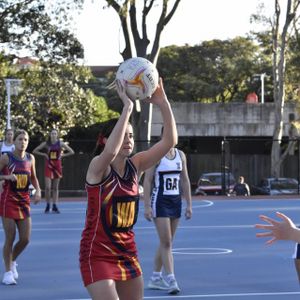 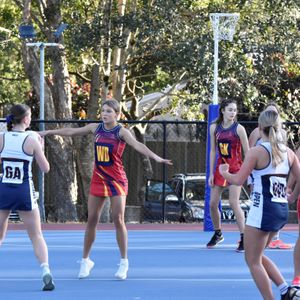 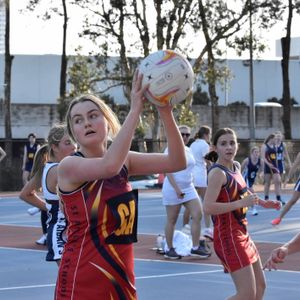 Last Saturday, the Senior A and Junior B teams went up to Brisbane to play against Clayfield College. Due to the poor weather, the tennis courts were more like a pool but thankfully they dried up and games got underway. Despite the delay, the girls kept their spirits high and played very well with both teams winning overall! The team spirit shown this week was great and I am so proud of the girls, as always. A special shoutout this week goes to Tasha. Initially in her singles game she was down 1-4 but she fought back to a 7-5 win which is a display of incredible spirit and endurance. Overall, great work girls!

Round 2 of volleyball had the girls up bright and early at 5:45am waiting to depart to Clayfield College in Brisbane for another exciting day of games. Clayfield College were extremely welcoming and courteous hosts, organizing a barbecue at no cost to us; it was a pleasure to play against them this round. A huge shoutout to the 9A and 7A teams who both came out on top with 2-1 wins in their respective games. Both teams displayed wonderful teamwork and spirit, cheering each other on throughout the game. The Opens team fought hard and kept the scores extremely close in each set but unfortunately came home with a loss. Another special mention must go to the girls who are always putting their hands up to help out with lines and scoring. Once again, congratulations to all teams who played; keep up the good work and bring it home next weekend! 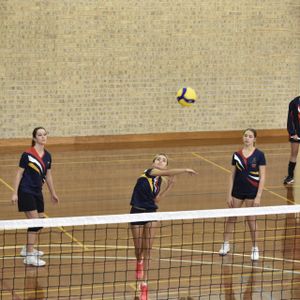 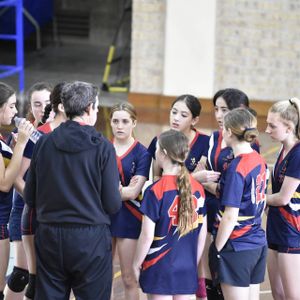 It was an excellent effort from all netball teams in this week’s round against St Aidan’s! All teams worked really hard to get some fantastic results, especially the Opens team who had their first win of the season! The whole team worked really hard right to the end of the game to come away with a 15 point win!! A special shout-out also to the 9C team, who are showing outstanding improvement each week with some very effective feeding into their shooters. Another mention to Holly Ryan, who stepped up today to fill in for the Senior A team.

Restrictions of one spectator per player truly showed the dedication of the spectators in volleyball’s first home game of the season against St Aidan’s. It was a testament to the players and their families’ commitment to their games. The atmosphere raised the spirits of the day! The 7A’s continued their winning streak, smashing out their game first thing in the morning. The Opens provided yet another nail-biting game for the spectators to watch, both schools winning 2 sets and battling it out in the last set, ultimately grasping the victory with a close 15 – 13 win. The 9A team played extremely well and their efforts showed when they won their game in straight sets. Unfortunately, the day ended early due to the sudden news of lockdown, however the girls responded very well, thanking St Aidan’s for a round well fought and packed down the courts efficiently, eager for the next round of volleyball to come. 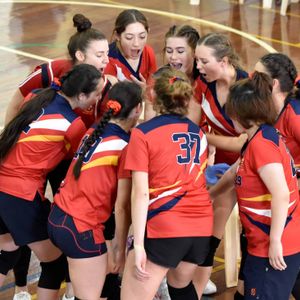 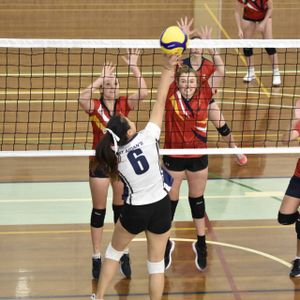 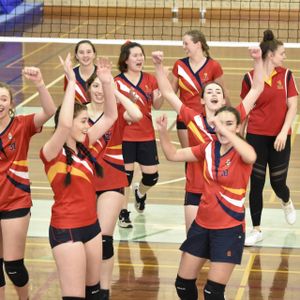 The first two regattas were a great success for St Hilda’s rowing, as we are currently leading in points for the aggerate cup. The Aggregate Cup encompasses the most points collected during each regatta across all BSRA schools that compete. Every crew performed extremely well, and we can’t wait to see what the girls can bring into the rest of the season.

A special shoutout goes to the Year 9 rowers, who raced remarkably well on the first regatta, taking out a win in every division, from the 8th to the 1st division. This is an outstanding effort from this age group and we hope to see more wins just likes this.

Although the 2021 rowing season has had a few obstacles along the road, some of which we are still experiencing now, the momentum of the program is continuing to be stronger and better than ever. All girls are prepared to train hard, do their best and persevere through these challenging times. Every single girl has worked exceptionally well over the past week, whether that be on the bikes, ergs, or cross training at St Hilda’s.

We wish every single rower and coxswain the best of luck for the rest of the season. Train hard girls!

Bond University Bull Sharks State Championship Teams – Congratulations to India Rafter and Madeline Smith who have both been selected in the Bond Uni Squad for State Championships. The girls will now be working hard with coaches before teams are finalized. Good luck to India and Maddi!

The St Hilda’s Sport Team regularly gets school sport results and achievement. The Sport Team loves to be kept up to date with our girl’s achievements across a wide range of club and non-school sports. Please email sport@sthildas.qld.edu.au with any sporting news that we can recognize and celebrate!

For all enquiries relating to Middle/Senior Sport at St Hilda’s please email sport@sthildas.qld.edu.au  and ensure that you have downloaded the iStHildas App for all our sporting notices.  How to guide linked HERE.