All Schools Cross Country – Congratulations to Alexia Abela who placed in the top 25. Well done Alexia!

Our basketball girls kept the momentum going for another successful week with this round’s games against BGGS. Our Opens drew 29 all with a very good fight followed by another draw from the Senior A’s with 26 all. It was so exciting to be in the sports complex and MPC last week listening to the cheers coming from the girls supporting each other.

All the girls who played tonight put up a massive fight, considering we were versing a school in the top two. The Juniors had some speedy strikers who were ready for the ball and strong defenders helping out their goalie. The Intermediates had a really good game. Unfortunately, the number of goals got the win however, they scored 2 goals against the other school which is amazing news. The Opens did not stop the whole game. Held up a really good fight and came out with a really well played game. Shoutout to Ella Woodbridge for stepping up and playing with the Opens and she really changed the dynamics of the game. Considering the team the Opens versed tonight scored 14 goals last year and only 2 this year is an extraordinary improvement for the team. Well done to all the girls who played tonight and get ready for Clayfield next week.

Last Friday’s games produced many wins for the Roopen. Major shoutout and congratulations to the 7A’s on getting their first win of the season! We have had a very successful few rounds of QGSSSA touch so far and we are excited to see more positive results flood in.  Again, a big thank you to Mr Young for capturing our girls in action!

What a great catch up game tonight. All three teams came home with a win. All three teams tried their hardest and executed amazing football skills. We hope to keep seeing these skills in future games. Well done girls.

Our basketball girls played Somerville in last week’s QG round coming away with more experience under their belts despite a win or a loss. Our Opens team lost by a small margin and our 8A’s managed to reach a draw. The team spirit by our girls was unrivalled. As the season begins to wrap up with only 3 rounds left (2 which are home games), it’s nice to see the continual determination to get better as individuals and as a team through all the hours and early mornings each girl is putting in.

We had a very successful round 6 of touch, with 5 of our 8 teams winning against Somerville. Special mention to the Senior A’s who are undefeated so far this season, this is a fantastic effort from the girls. The Opens, Year 9A’s, and both Year 7 teams also came away with a win, so a massive congratulations goes out to these girls.

Our third last round for this year’s QG season was a notoriously hard one – Brisbane State High School. Our girls put on a good show for our second last home game and demonstrated great resilience and continuous efforts. The hustle, teamwork, and strategies used showed how much all of the early mornings have been paying off. Next week is our last away game against St Margaret’s and then the following is the final game of the season – at home against St Peter’s. Great work and a big thank you to everyone involved. We’re almost there! 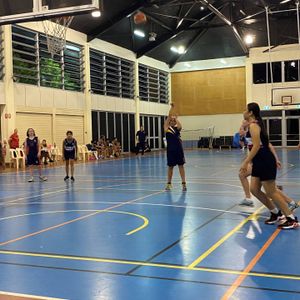 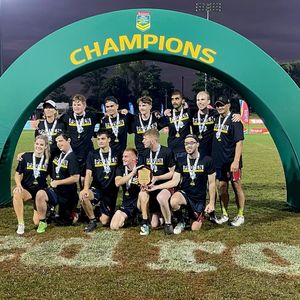 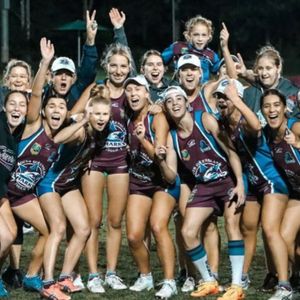 The St Hilda’s Sport Team regularly gets school sport results and achievement. The Sport Team loves to be kept up to date with our girl’s achievements across a wide range of club and non-school sports. Please email sport@sthildas.qld.edu.au with any sporting news that we can recognize and celebrate!

For all enquiries relating to Middle/Senior Sport at St Hilda’s please email sport@sthildas.qld.edu.au  and ensure that you have downloaded the isthildas app for all our sporting notices.