At St Hilda’s we love music because we believe it is one of the most personally enriching of all subjects. We believe it combines one of humanity’s greatest desires – the expression of emotion, with the surprising power of collaborative teamwork. Music has the ability to strengthen social cohesion. Its influence is universal in all human societies. Music promotes thoughtfulness and enjoyment. It has been clear for much of history that music is one of the most complex art forms. It has many connections to the worlds of mathematics and science. Yet music connects naturally to each of us. Through music we connect to the world. More… 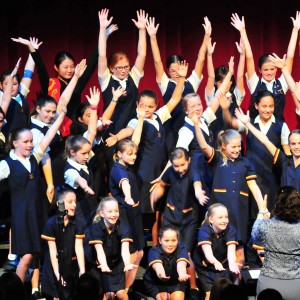 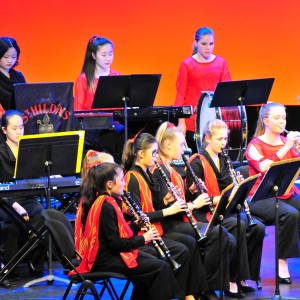 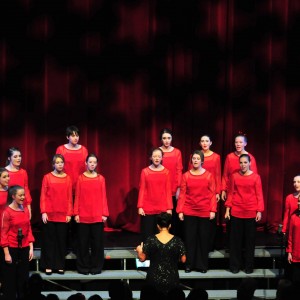 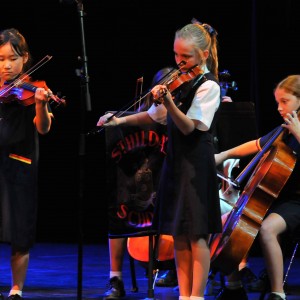 Musicians in the classroom

All girls study music from Pre Prep to Year 8. In Years 3 and 4 students learn the violin whilst in Years 5 and 6 students have the opportunity to explore the instruments of the woodwind, brass and percussion families and then focus on the study of an instrument of their choice. Students in Years 7 and 8 play the keyboard and guitar and develop their vocal skills. More… 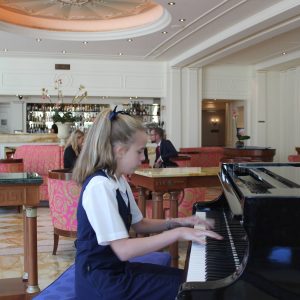 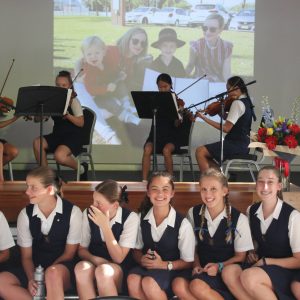 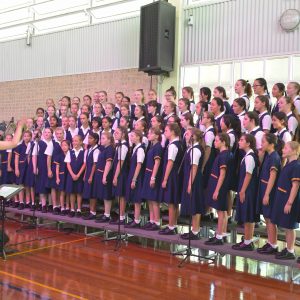 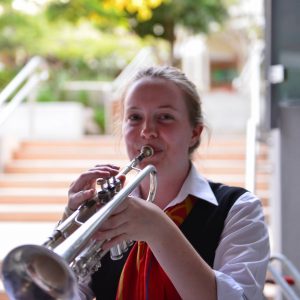 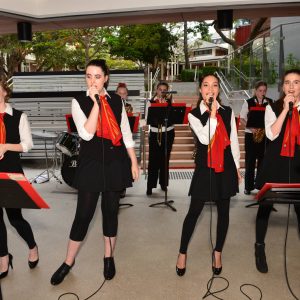 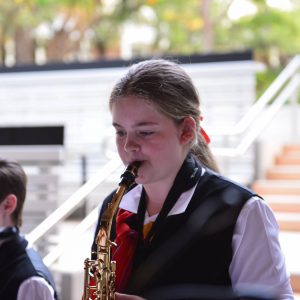 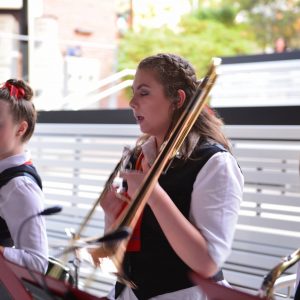 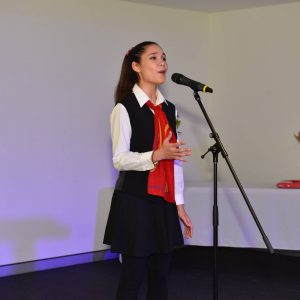 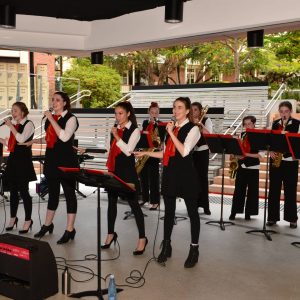 Junior Musicians in the Classroom

The curricular program offers varied opportunities to broaden knowledge and engage with many musical pursuits. All year levels have a scheduled music lesson weekly with a specialist music teacher, as well as other supporting musical experiences which include More…

Middle School Musicians in the Classroom

Students in Years 7 and 8 play the keyboard and guitar and develop their vocal skills. Self-confidence blossoms as they perform for each other in the classroom. Other supporting activities include: More…

Senior School Musicians in the Classroom

In Years 10-12, the girls continue to be exposed to an eclectic mix of musical styles and genres through the study of composition, musicology and performance as they work towards becoming autonomous musicians capable of creating their own individual style. More…

Girls interested in studying music as part of their formal academic studies will usually be deeply-involved in the co-curricular music program of the school. All Music Scholarships are awarded after consideration of the way the girls can contribute to the musical life of the school through the extensive coral and instrumental program.

The faculty of Music also leads an extensive program of extra-curricular music within the school. Involvement in cultural activities is encouraged strongly and contributes to the personal development of the girls and enriches the community life of the school. Through our rich music program, opportunities exist for the girls to pursue their personal musical interests and gain new musical skills through a wide variety of learning and community performance opportunities.

These opportunities become more challenging as the girls progress through to Year 12. This approach is built into the curricular and co-curricular programs. The discipline, commitment and enjoyment of music nurtures girls’ self-esteem, personal motivation and independence. As a faculty, one of the pleasures we enjoy from watching the girls develop is that we see many examples within our program to refine and develop the girls’ talent for collaboration and teamwork. These are wonderful life skills. 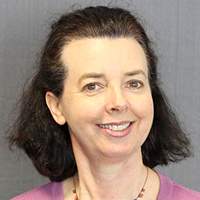 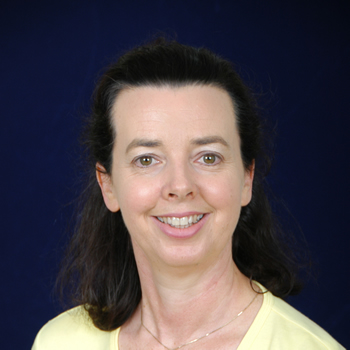 Head of Faculty Janette Kelly has been teaching music in Qld secondary schools for over 30 years. She developed an extensive Performing Arts Department at The Glennie School in Toowoomba and has since been Head of Department at All Saints Anglican School and currently at St Hilda’s School on the Gold Coast. Janette has been the chair of both the QSA Toowoomba and Gold Coast District Music Panels, President of the Toowoomba Eisteddfod Committee and on the founding Board of Directors of Toowoomba’s Empire Theatre.

Janette was also involved in the development of both the 2004 and 2013 Qld Senior Music Syllabii and the respective revision of the 2008 Music Extension Syllabus . In 2015, she has been part of the QCAA Senior Curriculum and Assessment Music Working Group. Janette was the recipient of an Australian Government Quality Teacher Program’s Recognition of Excellence in Teaching School Music Education Award in 2007 and is an active member of ASME Qld, co-convening their 2011 National Conference held on the Gold Coast and currently being Secretary of the ASME Qld Chapter. 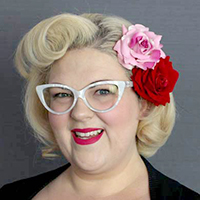 Louise Emery holds a Bachelor of Music (Performance) with First Class Honours from the University of Adelaide and a Diploma of Secondary Education from Victoria University.

Her teaching career began in Ballarat, Victoria in 2009 where she held instrumental positions at St. Patrick’s and Loreto College’s teaching the flute. In 2010 she commenced at part-time contract at Ballarat Clarendon College teaching classroom music across junior, middle and senior year levels, including direction of concert bands, choirs and musicals. In 2012 she was made a permanent member of staff at Ballarat Clarendon College. In July 2015 Louise joined the St. Hilda’s Junior School faculty as a full-time permanent member of staff teaching classroom music from Pre-prep to Year 4, and direction of the Prep/1 and 4, 5, 6 Choir; Co-director of 4, 5, 6 Vocal Ensemble and Junior Concert Band. 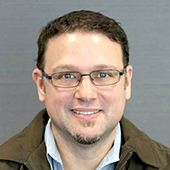 He spent a number of years post-study undertaking a variety of artistic pursuits, including conducting various Gold Coast Youth Orchestra ensembles and being co-producer and musical director of his own repertory company, Emerging Artists Productions.

Antony commenced his teaching career in 2003 through Education Queensland and has been a permanent part-time member of the St Hilda’s staff since 2005, teaching classroom music from Years 7-10 as well as the specialist areas of Piano, Theory and Woodwind. He is director of both Big Band and the Year 4-6 Vocal Ensemble, co-director of both the Middle / Senior Concert Band with Mr Chen Yang and Junior Concert Band with Mrs Louise Emery and accompanist for the Year 4-6 Choir.

Antony is an active member of ASME and the current Treasurer of its QLD Chapter as well as being the Assistant Musical Director for in-house productions at the Arts Centre, Gold Coast. Outside of teaching, Antony is regularly engaged as a composer, arranger, musician and musical director and enjoys spending time with his young family. 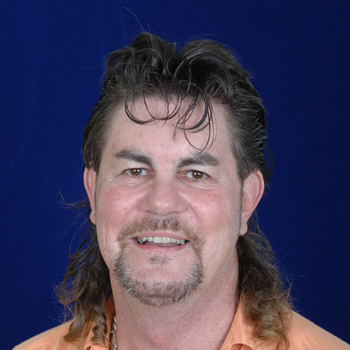 Richard Ham graduated from the Qld.Conservatorium of Music in 1976, having obtained B.A.(Mus.Ed.), Distinction in Organ, and L.T.C.L (Organ). Prior to this he had obtained A.Mus.A (Organ) whilst still at secondary school.

He then taught secondary School Class Music in three Brisbane State Schools, as well as TSS (1983-1987) after moving to the Gold Coast . During this time he was the MD for productions of Jesus Christ Superstar, Guys and Dolls, and Westside Story at the school.

From 1987-1990 Richard was Principal Keyboard in the Showroom orchestra at Conrad International Hotel Broadbeach for the inaugural shows Starz, Galaxies, and Hollywood Legends

As an organist Richard has played on most of the Grand organs in Cathedrals and town halls throughout Australia, and Christchurch NZ., as well as many parish churches.

He has taught piano, organ, theory, accompanied choirs, and been the chapel organist at St.Hildas since the early 2000s, following similar endeavours at TSS and ASAS in the 1990s.

Richard is a respected accompanist for student’s instrumental exams at all levels.