The end of the school year is fast approaching, with teachers concentrating on reports and marks. The Year 12s are now graduates, the Year 11s are becoming the School leaders, while Year 10s are facing their first year of ATAR subjects next year. The Year 9 students are moving on from the Middle School and have their minds full of thoughts of change, as do the Year 6 students. However, I suspect the rest of the School is looking forward to Christmas and the summer holidays. 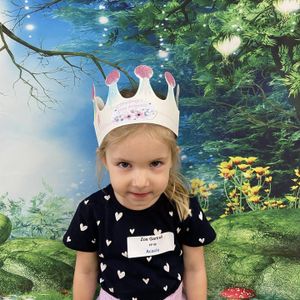 It is an interesting and annual time of change but also of continuity, a mirror of the human experience. As the ancient Greek philosopher, Heraclitus said, “Everything changes but change itself.” This was brought home to me in the Year 12 Reflection Service in which each student of the Year 12 cohort is given thirty seconds to reflect on their time at St Hilda’s. As each girl stood and spoke, I did hear the repeated emotions of gratitude to parents and an appreciation of the endeavours of teachers – named and unnamed. I also heard the courage some girls needed to complete the year and others to express themselves in public. I noted the humour and honesty the girls displayed in analysing their time at St Hilda’s, whether it was for two or fourteen years. Yes, emotions were repeated but as the girls spoke, they used their own words, their own thoughts and expressed their own feelings. So, common themes but uniquely expressed by each student.

The service ended with the French class singing in French a song of change. The daughter of a French family who is leaving home and, in the song, the girl expresses her love for her parents but also her natural desire to leave. The song might be seen as a symbol of change, the end of schooling and the beginning of the journey into adulthood with all the joys and sorrows, all the highs and lows that that involves.

If this ebb and flow is part of everyone’s life, then we should see it in the life of Jesus and indeed we do. In Luke’s Gospel, chapter 2, verses 41 to 52, there is the story of Jesus as a boy of twelve being left behind by Mary and Joseph in the Temple. Luke specifically tells us how old Jesus is so that we know he has become an adult within the Jewish community. Thus, the story relates that point in a family’s life when the child (or children) leave childhood. Jesus is found on his parents’ return to the Temple, discussing theology with “the teachers of the Law.” His response to his parents is simple and direct, “Why are you searching for me? Did you not know that I must be about my Father’s business?” (Verse 49) It is a moment of change, but Luke remarks upon the continuity as well, as he concludes the episode with the words, “Then he went down with them and came to Nazareth and was obedient to them.” (Verse 51) When we celebrate Christmas, we celebrate God becoming one of us, that is being truly human and that must mean all the experiences of what it means to be human, especially the change and continuity of the inherent in human condition.