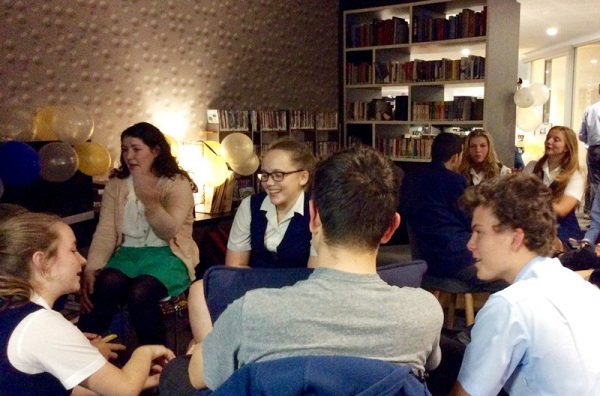 ‘But that was nothing to what things came out
From the sea-caves of Criccieth yonder.’
‘What were they? Mermaids? dragons? ghosts?’
‘Nothing at all of any things like that.’
‘What were they, then?’
‘All sorts of queer things,
Things never seen or heard or written about,
Very strange, un-Welsh, utterly peculiar
Things. Oh, solid enough they seemed to touch,
Had anyone dared it. Marvellous creation,
All various shapes and sizes, and no sizes,
All new, each perfectly unlike his neighbour,
Though all came moving slowly out together.’
‘Describe just one of them.’
‘I am unable…’ 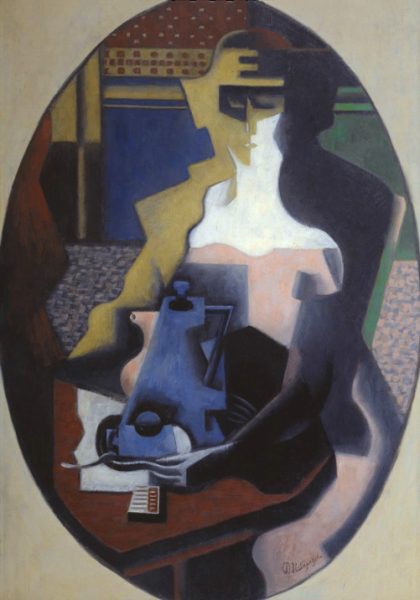 “After two years of study I have succeeded in establishing the basic of this kind of perspective… It is not the materialist perspective of Gris, not the romantic perspective of Picasso. It is rather metaphysical perspective… The geometry of the fourth space has no more secrets for me. Previously I had only intuitions, now I have certainty…”

Metzinger continues, “The actual result? A new harmony… Everything is number. The mind hates what cannot be measured: it must be reduced and made comprehensible. That is the secret. There is nothing more to it. Painting, sculpture, music, architecture, all lasting art is never anything more than a mathematical expression of the relations that exist between what is inside and what is outside, the self and the world.” (see Daniel Robbins, Jean Metzinger: At the Center of Cubism, 1985, Jean Metzinger in Retrospect, The University of Iowa Museum of Art, p. 21)

Our conversation began with a two pronged approach to uncertainty. Firstly, it was claimed that the only thing we can be certain of is that we are alive. Questions then arose about even this certainty. The second approach was that in the sciences, an inquiry approach begins, necessarily, with uncertainty. There is a sense in which more certainty is achieved using a scientific approach, but that absolute certainty, like absolute objectivity is, at best, only approximated. Mathematics appeared, at first, to offer a way towards absolute certainty. However, the use of, for example, irrational numbers such a Pi and e, complex numbers such as i, Einstein’s Theory of Relativity, as well as the Heisenberg Uncertainty Principle in quantum mechanics, have placed uncertainty at the centre of scientific thought. In 1927 D.H. Lawrence wrote:

Because I don’t understand them.

And they make me feel as if space shifted about like a swan that can’t settle.

Refusing to sit still and be measured;

And as if the atom were an impulsive thing

The Anita Hill and Clarence Thomas controversy, discussed by Ms Alexeem Boyle in reference to Race-ing Justice, En-Gendering Power: Essays on Anita Hill, Clarence Thomas, and the Construction of Social Reality, further demonstrated how uncertainty lies at the heart of many of our interactions in the workplace, politics and exchanges as interpreted and represented by the media. Ms Boyle also mentioned Jon Ronson’s So You’ve Been Publicly Shamed, which delves into the implications of adapting the age-old tradition of public shaming to the internet age, and the uncertainty of the personal and professional impact on those implicated in the shaming process. 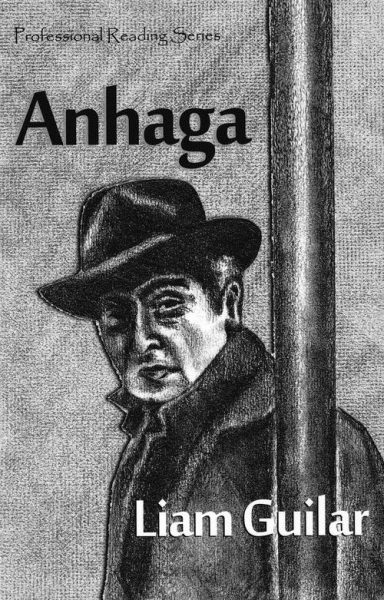 Then Mr Liam Guilar, poet, author and teacher, spoke about ideas of uncertainty for readers and writers and of the difference between writing and reading that “certains” you rather than inquires of you. He spoke about the private space that can open up between a reader and a piece of writing, in which possible worlds can be created by the reader. Some writing invites this kind of participation by the reader more than others. Mr Guilar drew on Shakespeare’s Othello, to show how readers are drawn to imagine, to feel, being Iago. Discussions ensued. The fact of evil was admitted by both sides. However, the group became split when it came to deciding what approaches to evil might to be taken. Lakita Doherty and Marcella Cowan argued strongly for the power of good to work on the world, feeling that tacit acceptance that evil will dominate need not prevail.

Mrs Markus-Sandgren thought about this: Iago is driven by the power of evil itself, rather than driven to do evil by, say, jealousy. Shakespeare thus abstracts being Iago, not tying him to causal influences from without or to being a single human being. In this way the reader, every reader, can experience reading Iago as if he were him/herself. Even when all is resolved at the end of Othello, perhaps because all is resolved at the end, the reader has not been indoctrinated; the dreadful humanity of Iago is affirmed. Even while his evil is fully revealed he remains, intellectually, say, great. Iago is adroit and clever. What moral or ethical mores is the reader willing to sacrifice to the certainty of Iago’s greatness? Have not nations been willing to sacrifice reading the humanity of leaders on the altar of their greatness many times? We are “uncertained” and so Shakespeare can be seen as a writer who is post-modern.

Mr Guilar’s talk invited us to further discuss how and why we read. We discussed the fact that most reading done at school ties the reader to seek a “certain” outcome. We, further, saw that the media, including social media, “certains” us in the sense that there are very clear boundaries of acceptable readings and responses that keep participants on the “inside”.

The value of fiction in opening a reader to ways of seeing things and, possibly of being and of communicating was affirmed. Mr Guilar also called upon Robert Graves, as above, as well as his own latest writing, a sequence of poems “trying to tell a story”. Whether or not it’s a crime story is up to the reader; it might be about vampires, or reincarnation. “A nameless man wakes up in an unfamiliar room. He doesn’t remember anything about his life and he can’t distinguish his dreams from his memories. An elderly stranger lives in a dated world inside his mirror and occasionally steps out through the glass to give him advice. There’s a woman who he’s sure he’s met before…”

We began to realise something of the possibilities involved in understanding uncertainty and we also began to remember and explore: Alice’s Adventures in Wonderland by Lewis Carroll and Rabbit Hole– the film, the works of Kurt Vonnegut, Franz Kafka, Hermann Hesse, Jorge Luis Borges, Virginia Woolf, Stevenson’s Strange case of Dr. Jekyll and Mr Hyde, Anna Karenina by Leo Tolstoy, The White Castle by Orhan Pamuk… Dr Who, Ian Fleming’s quantum of solace in For Your Eyes Only and even the animated TV series, Family Guy episode called “Road to multiverse”…

The Book Club will next meet together with TSS in Term 3 at St Hilda’s School Senior Library on Thursday, 21st July between 4pm and 6pm. We will be discussing ideas of CONNECTION.